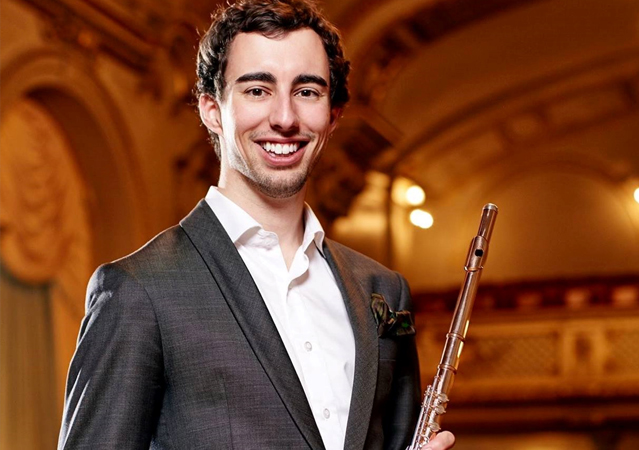 Jan Grimm was born in Zurich in 1989. He has intensely played the concert flute since he was nine years old. Jan has won the highest award in many national music contests, in both solo and chamber music categories. He has toured as an orchestra flute player Japan, South Korea, Germany, Great Britain, Spain and Italy several times. In addition to the classical repertoire, Jan likes to play Jazz and Tango as well. Besides the concert flute, Jan plays a worldwide unique left-handed flute.